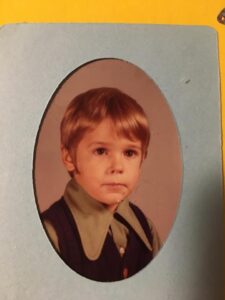 Last night after dinner and tending to 3D store orders I started working on clearing off the bookshelves in the office, prepping to empty the room for Monday’s carpet restretch.  This wasn’t just relocating stuff to a temporary space, this was also a clean up operation.  I wound up throwing out tons of old CD’s, parts, and other paraphernalia I haven’t touched in years.

Those shelves also contained both boxes and albums of photos.  I took a time out to flip through an album that I believe Ali made for me a loooong time ago.  It contained a number of throwback pics.  I took a picture of the pictures with my phone and posted them online.  Some are pretty funny but all brought back memories of those different time capsules of my life. 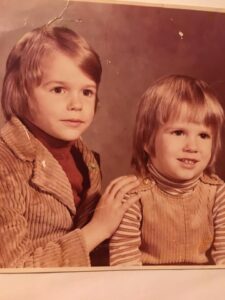 Last night gave me a good taste for what a good portion of the weekend will contain, moving, cleansing, purging, moving back, followed by organizing.  It’s not particularly hard to do, just time consuming.  Having the house in a state of utter chaos for a period of time never makes me feel great mentally but I’ll get over it, just like Mulvaney said I should.

Speaking of the Trump administration, wow, this has become just an incredible shit show.  To me the irony is the charges they are investigating regarding impeachment are likely very small potatoes compared to the things they don’t know about, yet.  The walls are closing in on poor Don, his head may explode.