So Monday was the last day of my extended weekend and I needed every hour of it.  There was still some residual party clean up items scattered around believe it or not.  Hosting a party for close to 50 people is not something I will be looking to do again anytime soon.  I spent a good portion of the day attending to smaller tasks, some of which will lead to larger tasks.

One of those tasks was measuring the border around the orchard.  When I initially planned to rebuild the dog deck I purchased four 8 foot 2 x 6’s for the work.  Since the deck is no longer in existence I had them available for other projects.  The border of the orchard is constructed of 2 x 6’s as well, which are probably more rotted than the dog deck was.  The 8 footers I have will replace half of the border, I will need four 12 footers to complete the job which I will tackle sometime soon. 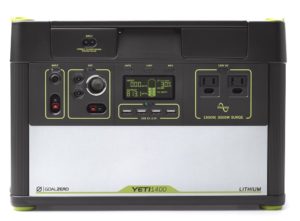 I also took my Kill-A-Watt and hooked it up to the coop to see exactly how much power is drawn to run the electronics and fan out there.  The answer is not much.  I saw about a one amp draw and around 120 watts.  You may ask why I would be doing this?  Because I want to try to run the coop entirely off of solar power.

I want to use a solar generator to make this happen.  I currently have my sights set on a Yeti 1400 which is probably overkill for the job.  It incorporates a battery bank, solar charge controller, and an inverter all in one package.  It can be charged with conventional power but my intent is to hook up 200-300 watts of solar panels to the box.  If it works as I expect, this package would allow me to pull the plug to the coop and run things completely via the sun.

During the day the panels would pull enough power to both charge the batteries and run the equipment.  At night the beefy 1400WH battery is more than sufficient to keep the juice flowing.  I think it would be an awesome project that I am excited about digging into.  Of course as is the case with most things, it isn’t cheap so I am going to save my Amazon spiff bucks for a little while to help defer some of the expense. 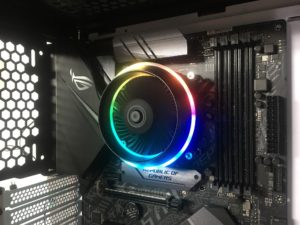 I also got to work on my KingSong 18L.  I bought an upgraded battery for it which should increase my range significantly.  Installation of the big pack was pretty easy.  I look forward to taking an Ave Maria ride soon to test it out.  I tried the ride on the 18L with my original battery and ran out of juice with about a mile to go.

Cindy’s Aunt Cecilia flies back home to Illinois this evening.  I gave her a hug before leaving for work this morning.  It has been a lot of fun having her visit.  Cindy and her have a very special relationship. It was cool seeing the interaction between them.  I’m sure we will see her again.

With all of the recap I was posting in yesterday’s blog entry I totally forgot to mention that Sunday was Cindy and my sixth anniversary.  Who knew an innocent invite to an arena football game would result in six years filled with adventures, smiles, laughter, and fun?  I am lucky to have her in my life and hopefully she feels the same.