Let’s see how quick I can recap the weekend. 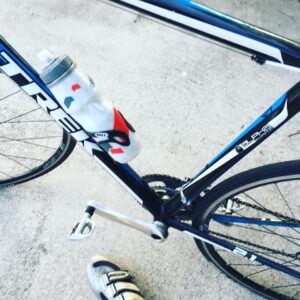 Friday night instead of running or rowing, we went riding.  We dusted off our road bikes and did a 10 mile ride.  Neither of us are in good biking condition.  Hopefully Cindy is up for doing this sort of Friday cardio workout more often, it’s a good way to start the weekend.

Saturday was busy as I needed to keep in mind we would be out of town next weekend.  In addition to normal weeding I got on the tractor and mowed the back yard.  Some day this week we will mow the front part of the property.  I also got the weed whacking done Sunday evening.

I got out and did some testing of the Tesla smart summon feature.  In my six tests it got to me four of those times.  It’s definitely not a polished feature yet.

Saturday night Cindy and I got out to see the Joker movie.  Wow, it was totally different than any comic book related movie I have ever seen.  The Christian Bale Batman movies had been heralded as some of the darkest comic films ever.  Joker now has that crown.  Jacquin Phoenix is incredible in the movie.  I originally thought there was absolutely no tie in to Batman in the film.  I was wrong.  It’s rated R and deservedly so.  Don’t expect to come out of there feeling good about the world but you will know you just saw an incredible acting performance. It gets a dark A.

Sunday I did work on Cindy’s MiniPro, installing a new system board that unlocks 30% more speed in the device.  We always said it needed to be just 2 or 3 mph faster.  Our wish now has come true.  I made two sort of funny videos about the process,

I watched the Eagles beat the shit out of the Jets.  It’s a rare thing to have the Eagles dominate an entire 60 minutes but that was the case Sunday.  it was a nice change of pace.

A busy week ahead as we prep for our quick cruise to celebrate Cindy’s birthday!