Yesterday I hit Amazon hard, very hard taking advantage of a number of good deals which helped me put a nice dent in my Christmas shopping list.  Along the way I also grabbed a couple deals for myself as well including ANOTHER 3D printer.  To make room for it I gave away another printer to one of my co-workers. It felt good to get a lot of the buying done.  To delegate I asked Cindy to handle buying stuff for a few people on the list which she always does a good job with. 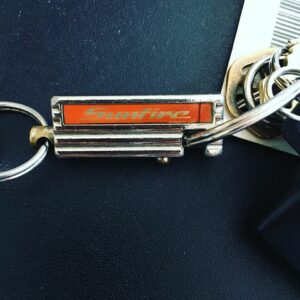 Yesterday out of the blue I took a picture of my key chain.  This isn’t just any key chain, this is my Pontiac Sunfire key chain that I was given when I bought a Sunfire GT back in the late 90’s, which was the first new car I ever owned.  It had a 140HP four cylinder motor and was a five speed.  I did not have the car more than a few years from what I recall, I think it was traded in on a Nissan Sentra. 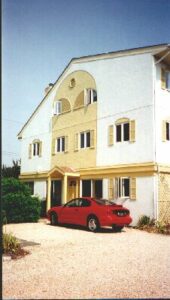 You may ask why I kept and continue to use the key chain from that vehicle for over 20 years.  The reason is I like the way it works with the ability to easily detach one set of keys from one side.  Yes I could have found more stylish or modern key chains that aren’t branded with a car model from a company that doesn’t even exist anymore.  However I have a deeply ingrained trait to stick with what works for me, this is just one of the many examples of my doing so.

The electrical work that needs to get done for the solar system has been moved up to today instead of tomorrow.  Hopefully this means the county inspection gets moved up a day as well.  Assuming everything passes we then can pass the baton to the electric company to get us on the schedule to do the final hook up.  It will be a nice little Christmas gift to myself.