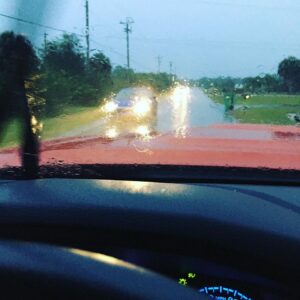 Sometime Friday afternoon I decided I wanted to try to resume my running after work.  I made this decision knowing that rain was forecast to move into the area Friday evening. My hope was I would complete the run before this occurred.  Instead the steady rain began before I even hopped in the truck to drive to the track.  I was still determined to complete my mental goal.

During the run I ran in rain of varying intensities.  The good news was the precipitation kept my body temperature down, the bad news was, well, I was wet.  I completed the 12 laps and didn’t feel awful in doing so.  I was unable to track my pace as the digitizer on my Apple Watch refused to register touches while it was wet.

Saturday was mostly a grey and rainy day, as a result most of my labors were of the indoor variety.  Cindy and I worked on cleaning the floors, which doesn’t get accomplished nearly as regularly as it should.  Cindy handled running the steamer on the hard surfaces and I manned the carpet cleaner.  The black water I repeatedly dumped in the utility sink was reinforcement for the need to do the task more than a couple times a year.

I also swapped out the WeMo smart switch in our bedroom with a WeMo dimmer switch.  The LED light on the new fan is pretty harsh at full brightness.  With the dimmer we are able to tone it down when needed. 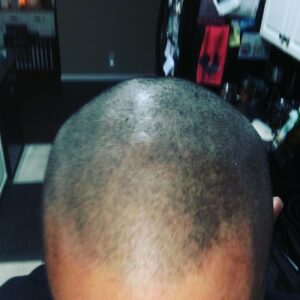 I had Cindy buzz my hair during the afternoon.  When I do a “full buzz” on my hair I attach the 1/8″ guard to the clipper blade and go to town, knocking all my hair off.  Well this time Cindy accidentally forgot to attach the guard.  Once she did the first swipe with a bare blade she realized her mistake but it was too late by then, it all had to be trimmed at the same height.  It’s odd how an eighth of an inch felt so different both in touch and sensation.  Instead of feeling like a stiff brush my hair feels more like velcro.  I also felt like I had a draft on my head all of the time which was very weird.

Saturday night we watched a Stallone movie, Escape Plan: The Extractors, we had seen at least one other movie in the series.  It’s classic B level revenge plot, non-stop action which I enjoyed.

Sunday morning after doing bills I also started to try to dig through gathering the information I will need for my taxes.  With the increase of sales from my 3D store I have a lot more things to keep track of.  I think I have a handle on them.  It’s funny, when I stopped race timing I was walking away from the extra income it provided.  However with the two new hobbies I acquired since doing so, I somehow turned them into their own revenue streams that has surpassed whatever I used to make timing, by a good margin, without all the stress.

Katie was visiting during the morning.  She had told Cindy some of the warning lights were on in the Prius.  It’s weird even though I gave the Prius to Katie, I still feel responsible for maintaining it.  The red triangle of death had come back on but that has been happening for quite awhile.  After I checked the battery cells and verified they all are within a couple tenths of each other voltage wise I cleared the error.  I then added air to three of the tires that were low and then finally changed the oil to address the Maintenance Required light.  By the time I was done the car was idiot light free.  Katie really needs to be making some plans to replace the Prius. It has almost 235,000 miles on the odometer so it isn’t a matter of if but when something goes wrong that costs more to repair than the value of the car.

Unlike Saturday, Sunday was a nearly 100% sunny day.  As a result my solar system hit a new one day production record, producing a tick under 92kwh, the first time I broke the 90 mark which was cool.  I have hopes of breaking triple digits some day but we will see if that is possible with my array configuration.

I went for a 25+ mile ride on Sunday afternoon out to Ave Marie on the 18L.  It was my first chance to test out the new motor I installed several weeks ago in a real ride.  The wheel performed fantastic.  The ride was so smooth that it didn’t feel like I was traveling 25mph or more for almost the entire trip.  The long ride gave me a chance to talk about several topics along the way. 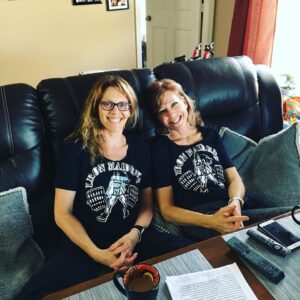 We did not do a formal Super Bowl party this year, we invited a handful of people last minute but only our friend Deb O wound up taking us up on the offer.  Cindy prepared a small spread of food and made a cool football cake for our cozy gathering which was nice.

I was pulling for the Chiefs because I wanted to see Andy Reid, the longtime Eagles coach finally go all the way.  As the coach of the Eagles he had the team on the doorstep a half a dozen times but never was able to win THE game.  The game was competitive and exciting.  I felt genuine joy for Andy as the clock ran down and he got a Gatorade shower.  He has had a lot of tragedy in his life so to see him win the Super Bowl gave me the warm fuzzies.

The commercials were the normal mix of stupid to hilarious.  I enjoyed the halftime show although I heard some people ranting about how it over sexualized women as the outfits were skimpy and asses were shaking all over the place.  I really don’t quite get it, was there an expectation for Shakira and Jennifer Lopez to perform in evening gowns?  Didn’t Adam Levine perform with no shirt during last year’s performance?  I don’t recall any outrage as a result?  I don’t really understand why there isn’t room for women to look/act sexy AND still be respected.  I don’t think they need to be mutually exclusive.

We didn’t get to bed till close to midnight.  The good thing was because we only had one guest my drinking and eating was more moderate compared to full fledged previous SB parties.  As a result I don’t feel nearly as close to death’s door as I may have in the past.