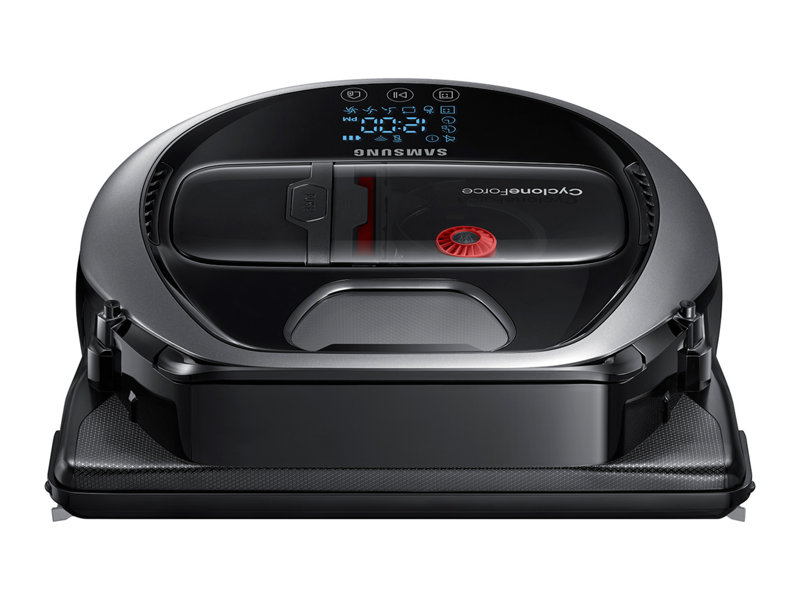 If you only started reading the blog recently you may think I only have a problem with collecting electric unicycles, 3D printers, and Amazon Echo devices. Well 15 or so years ago I had a similar thing going on with robotic vacuum cleaners.

I was one of the early Roomba adapters and at one point I had 7 or 8 of them in the house although some of them were for parts.  I actually ripped apart and repaired a bunch of them.  In addition to the vacuums I also have owned or currently own a Scooba, Braava, and Braava Jet which are hard surface washers/cleaners.

In the last five years or so I have dropped the iRobot vacuums and moved to Neatos which I liked for their higher suction and advanced tech like being able to map a room with “radar” and use that map to intelligently clean a space instead of randomly bouncing around a room like a Roomba does.  I have two generations of Neatos and actually prefer the performance of the older one.

Well a year or two ago I first saw that Samsung was dipping into the robo-vac market.  I am generally a fan of Samsung products, our kitchen is outfitted exclusively with Samsung appliances and my two new massive 31″ curved monitors are Samsung as well. Their RoboVac looked industrial, promising performance rivaling a conventional vacuum.  Well since it’s introduction they have continued to add features, the bot is internet connected, has a self cleaning brush, a unique wall cleaning blade that allows the bot to get dust bunnies others would leave behind, and a lot more.

Well I saw Samsung was running a sale direct from their website that was $150 less than you could get the same unit on Amazon for.  I decided to jump in.  My plan is to sell/give away my Neato BotVac eventually and let the Samsung vac take over it’s spot.  The unit arrived last night and I put it through some initial testing.  The only issue I had was getting it connected to WiFi which I eventually figured out.  It’s initial run went well.  It even sent me a text message when it got stuck, letting me know and what the problem was.  I am shooting a video on the bot which I will be publishing soon.

I briefly saw some of the CNN town hall style meeting that had Bill Nelson, Marco Rubio and others in a huge room of people demanding for real action on gun control.  Despite Rubio’s NRA affiliation/support and my general dislike of him based on his presidential runs, I had to give him credit for getting out there in front of a very hostile crowd and being open to criticism and offering possible compromise solutions to a problem that has gone off the rails, the perverted need that some Americans feel to own assault weaponry.   Hey I’m sure it is exciting for someone to squeeze the trigger of a weapon and be able to absolutely annihilate anything standing in front of them.  But to me, I think exchanging that short lived and meaningless thrill for the greater good is a no brainer.

The greater good is a concept that seems to be mostly lost in modern society, now more than ever with the egocentric, me first president that is somehow residing in the White House today.  I guess I am just wired to consider the big picture and use my own moral compass when deciding if a small personal sacrifice is worthy of an end goal that benefits many.  For example, the recent tax law changes made a pretty significant impact to my net pay however I would give it back in a second to have universal health care, clean energy investments, and secure social security for seniors.  None of those three things realistically have a direct benefit to me at this time yet I recognize the greater good they all would achieve.

Reasonable gun control is another greater good concept that we have proven examples of working elsewhere in the world yet as we Americans like to do, we ignore the facts and just keep bumbling through the world clinging to outdated ideas and principals because , “Hell yea, Merica!”  Maybe when that asteroid strike finally does go down we can reboot society into more of a WE place instead of a ME mess.